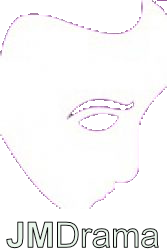 Founded in 1983, JM Drama encourages and supports the development of the performing arts in the Region of Waterloo. In addition to managing Kitchener’s Registry Theatre, JM Drama produces an annual community production and supports programs which are designed to allow individuals to develop their acting and directing skills

JM Drama is vital, active and recognized as a leader in the development and health of the performing arts within the Region of Waterloo and the province of Ontario.

JM Drama contributes to the health of the Region of Waterloo through encouraging and supporting the development of the performing arts.

Today the Registry Theatre is managed by JM Drama and is home to talented entertainers, world-class performers, local professional artists and community groups. The Registry Theatre exists as a venue for community organizations in Waterloo Region who are looking for an affordable, intimate theatre space.